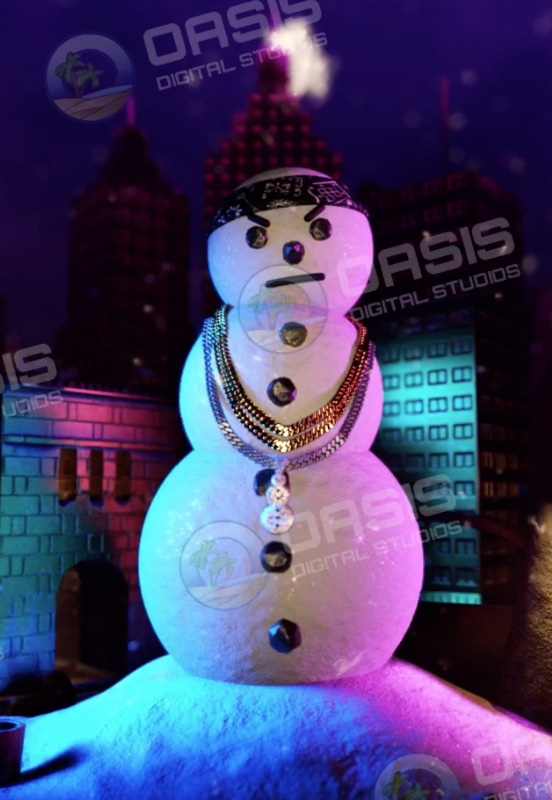 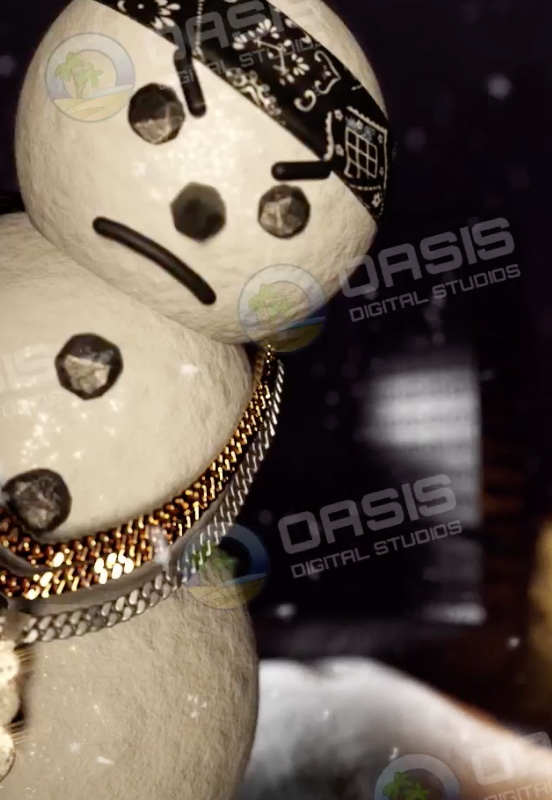 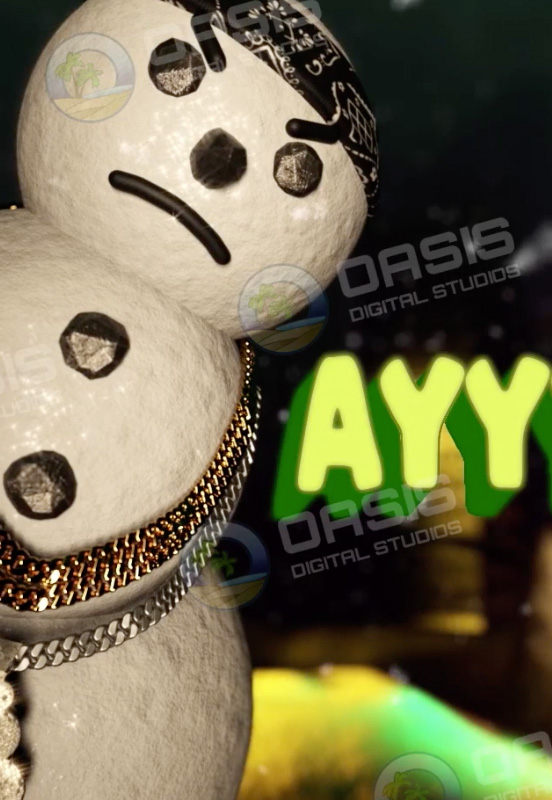 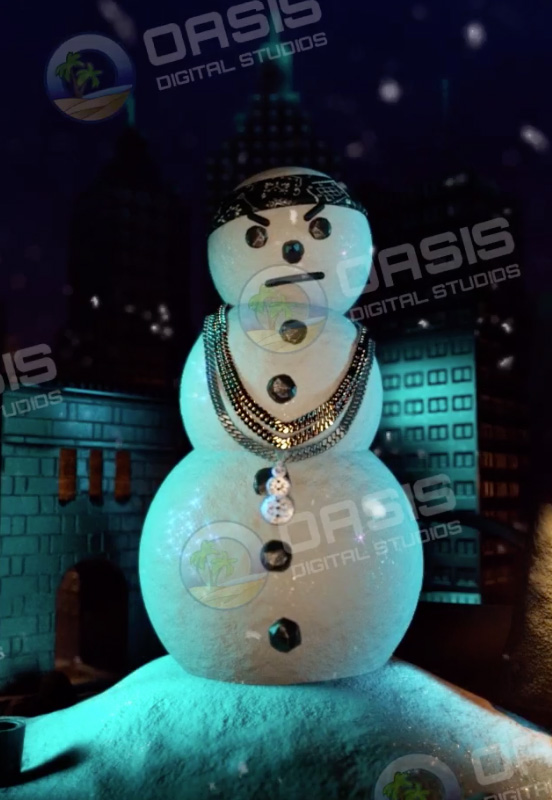 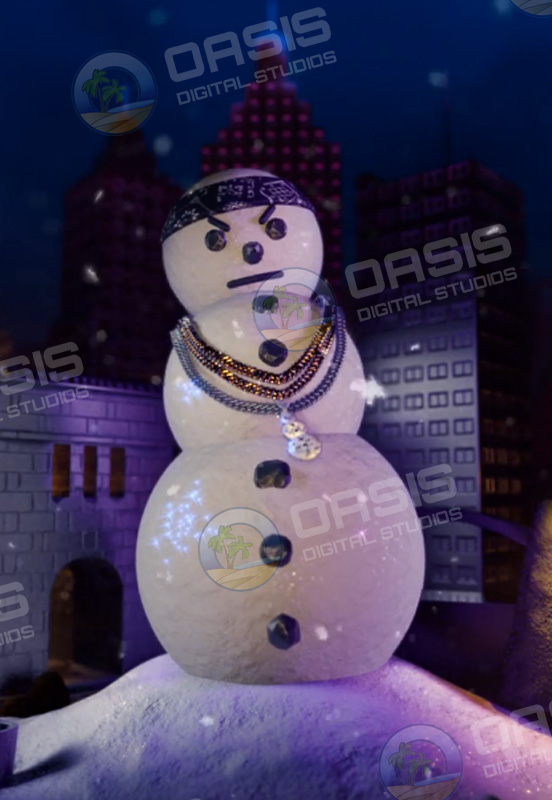 Giving props to Jeezy’s double platinum, Top 10 album TM101, with RIAA certified sales of over 2 million units and featuring Jay-Z in Go Crazy, Oasis Digital Studios is introducing 5 Limited Edition CGI and AR enhanced Snowman animated NFTs together with Jeezy’s most iconic Adlibs Jeezy’s Snowman logo has been a staple of his career since his rise to prominence in 2005. Originally worn on a medallion, the snowman design morphed into a simple sketch on a t-shirt collection, which paved the way for it to become his signature icon.

With more than a dozen RIAA gold, platinum, and multi-platinum hits to his credit, JEEZY, the Atlanta pioneer of hip-hop’s dominant trap genre, has amassed over 6.5 billion catalog streams, and over 960 million YouTube channel views. 2020 marked the 15th anniversary of Let’s Get It: Thug Motivation 101, his seminal RIAA platinum debut album via Def Jam. It entered the Rap and R&B charts at #1 (#2 on the pop side), and immortalized trap music with the double-platinum #1 hit “Soul Survivor” featuring Akon.

The RIAA platinum TM 102: The Inspiration (2006, with “Go Getta” featuring R. Kelly and “I Luv It”) entered at #1 across the board (pop, R&B and Rap), as did the album that followed, the aptly-titled The Recession (2008), containing the #1 double-platinum hit “Put On” featuring Kanye West. JEEZY’s next two albums, TM 103: Hustlerz Ambition (2011, with the Top 5 hits “Lose My Mind” featuring Plies; and “Leave You Alone” featuring Ne-Yo) and Seen It All: The Autobiography (2014, with the RIAA gold title tune “Seen It All” featuring Jay-Z) kept up the momentum, both of them again entering the Rap and R&B album charts at #1.

A Message from the Artist
As an entrepreneur, I’m always looking for new opportunities, especially ones that help me connect with my fans,” said Jeezy. “The Snowman seemed like the right place to start. He’s been with me from the start and on May 19th, he comes to life! Keep it locked, because we have more coming in the NFT space with Oasis soon!

Trap Or Die 3 (Oct. 2016, with “All There” featuring the late Bankroll Fresh) was JEEZY’s third LP to debut at #1 across-the-board on the pop, R&B/hip-hop, and Rap charts. Guests also

included Plies Lil Wayne, Chris Brown, French Montana, Yo Gotti, and Bankroll Fresh. JEEZY headlined the “Trap Or Die 3 Tour” in March-April 2017. Pressure (Dec. 2017) had features by fellow Def Jam MCs YG and 2 Chainz, as well as Rick Ross, Kendrick Lamar, J. Cole, Puff Daddy, Kodak Black and others. In February-March 2018, JEEZY headlined “The Cold Summer Tour,” during which he shocked fans around the world by first announcing that his next album (i.e. TM 104) would be his final one.

TM 104: The Legend Of The Snowman (August 2019) would be the final album chapter in JEEZY’s career-spanning Thug Motivation series. His 13-city TM104 Fall 2019 Tour of the U.S. in November-December sold-out instantly. The events of 2020 were just about to engulf the planet, leading to the creation of THE RECESSION 2.

Entrepreneurial business ventures for JEEZY include his fitness water Defiance Fuel, which is launching a new sports drink in addition to their ultra-hydration water; his partnership in the Atlanta location of American Cut Steakhouse; and his ongoing incentivized partnership with Tequila Avion.